We returned to Grenada on 16th June and stayed in a hotel until launch day on 20th June .The hotel, “La Sargesse”,  was very pleasant if a little rustic on a pretty and unspoilt beach so good for a swim and a run before and after the days work on the boat .Once Baringo was in the water we stayed on a mooring in St David’s bay to check the engine and generator and bend the sails .We had bought a new Rocna anchor, apparently these give the best holding but in order to fit it we had had to remove our glistening bow sprit which we had installed for the parasailor .We are hoping we can solve this problem later ..it would never do to actually run out of challenges on Baringo ! By Monday 24th June we felt ready to move so we made the short distance about 6nm along the south coast to Prickly Bay marina where we met with Tulu of Fowey a Lagoon catamaran sailed by Chris and Sara whom we had first met in Lanzarote, so a jolly evening was spent enjoying half price pizzas and a good chat (and a few drinks ! ) We had an interesting neighbour in Prickly Bay marina , a small boat which was there when we arrived and we both thought had been there for some time and was a stationary live aboard. It did not give the impression of seaworthiness ,actually nor did the owner ! However we later discovered that the skipper had just completed a transatlantic crossing in 23 days from Cape Verde …so you never can tell ! After two days we cautiously moved slightly further around the SW tip of Grenada to St George’s bay where we had stayed on the way down in January .There was a strong headwind so we decided not to try and sail up the coast to get further north which would have given us a better angle for the voyage to Bonaire .The weather was forecast to be bad for the next few days so we hired a car and explored the island which was great fun .The tropical rain forest is dense and extraordinarily colourful with Birds of Paradise growing in profusion as well as an abundance of flowering trees so a truly kaleidoscopic scene (even without any assistance ) . Then back to work on the boat to complete the final preparations and it seems the weather is favourable …thankfully we have our trusted Emmanuel forecasting for us and hope we will be away tomorrow Monday 1st July .So more anon all being well .

PICS to follow- internet speeds too slow here to upload photos. Hope for better in the Dutch Antilles.

Forest reserve in the lush interior 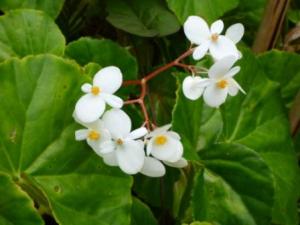 lovely flowers in the interior 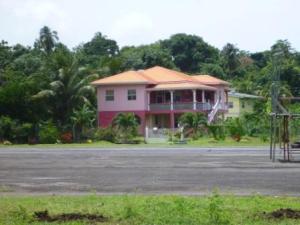 This boat arrived in Grenada 3 days before us having just crossed the atlantic- very wet and stormy according to the skipper who was alone. Amazing!